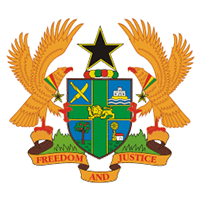 Food insecurity is concentrated in the five northern regions in the country, comprising, Upper East (48.7%); North East (33%); Northern (30.7%); Upper West (22.8%); and Savannah (22.6%). These are findings from the 2020 Comprehensive Food Security and Vulnerability Analysis (CFSVA), implemented by the Ghana Statistical Service (GSS) in collaboration with Ministry of Food and Agriculture (MOFA), with financial and technical assistance by World Food Programme and Food and Agricultural Organisation of the United Nations.
The regions with the highest level of food insecurity are also the areas most prone to adverse weather conditions, such as floods and droughts. These regions are disproportionately affected by food prices during their lean season and bumper season. The districts in the country facing the highest rates of food insecurity, among others are Kassena Nankana West (78.8%), Karaga (75.9%), Builsa South (74.5%), Tatale (68.4%), Bolgatanga East (66.3%), Kumbungu (61.2%), Jirapa (61.0%), Chereponi (60.3%), Tempane (59.2%) and Bongo (57.3%). All these districts are in the aforementioned regions.
Food insecurity is not only predominant in northern Ghana but there are also pockets of areas in Southern Ghana where the population are food insecure. For instance, 71.4 percent of the population in Tarkwa-Nsuaem district in the Western Region are food insecure. Food insecurity is also prevalent in Ada West (35.9%) in the Greater Accra Region, Sekyere Afram Plains (34%) in the Ashanti Region, Ayensuano (31.7%) in the Eastern Region and Asunafo South (31.4%) in the Ahafo Region.
There are also striking regional differences in terms of absolute numbers. For instance, Ashanti Region had 6.2 percent of its population being food insecure which translates into 369,096 people having limited access to sufficient and nutritious food for active and healthy life. This turns out to be the third region with the highest number of people who are food insecure following Northern (598,706) and Upper East (634,293) regions. Eastern Region also had 261,526 of its population being food insecure.
The CFSVA also revealed that households that depend mainly on agriculture as their source of household income, unskilled labour, household heads who are less educated and remittances dependent households are more likely to be food insecure.
As the world continues to face widespread food insecurity, achieving food security for all at all times is increasingly becoming complex. This calls for monitoring and evaluation of the food security status among the population. In Ghana, Comprehensive Food Security and Vulnerability Analysis (CFSVA) has been conducted twice nationwide and one that targeted Northern Ghana to measure level of food insecurity among the population in 2012. The study among others aimed to determine the prevalence of food insecurity in Ghana; determine how many people are food insecure; assess the trends over the waves; determine why they are food insecure to assess the dietary need of the population; help end hunger and ensure that people live healthily; address undernourishment among mothers and children and reduce child mortality and possibly, increase life expectancy.